Clusters – a product of disagreement and the integration of difference 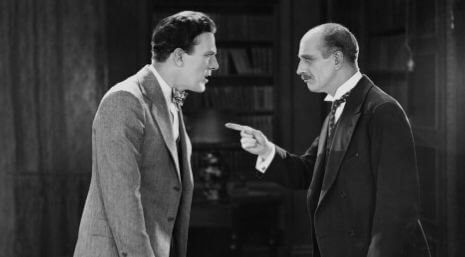 The second speaker in the TCI OCEANIA CONFERENCE 2020 online conference was the author of the Cluster Development Handbook” Ifor Ffowcs-Williams on ‘Why cluster are resistant to industry shocks’.

Reflecting the ‘buzzing of people’ and quoting the book ‘The Wisdom of Crowds’ by James Surowiecki and the lessons for leadership of cluster Ifor started his talk saying that the best collective decisions are the product of disagreement and contest not consensus or compromise.  This may appear counter-intuitive when looking for the smooth way forward for the development of a cluster, with Ifor further elaborating that we need to fight but need to be able to resolve those, adding “We need to be able to integrate different insights in establishing a way forward.”

Using Catalonia’s 28 years of cluster experience and the new ways they have responded to Covid with speed with new collaborations he singled out their approach to ‘cluster boards’. They describe the operation of cluster boards as the equivalent of a Jazz band with members reacting to social cues, there is no conductor, it’s self-organising and resembles more of an ensemble. They define the board as a voluntary coalition of preferred leaders who are able to integrate their knowledge and perspectives. A board who are able to progressively work as a team, particularly as trust is developed and are aligned on the bigger picture. One that can establish a culture of co-opetition amongst competitors. “Its active governance we need, with players and not spectators” added Ifor.

Interestingly he noted that the role of the board was not to develop the cluster strategy but rather the process from which the strategy emerges. This equates to a bottom-up process that draws on the wisdom of the crowd with the cluster manager drawing deep on this knowledge. He proposed that a key role of the board is to garner the resources to implement that strategic agenda.  In describing this upgrading to a strategic agenda as different to a strategic plan he said a strategic plan identifies the cluster’s priority activities to be undertaken within the available resources.  A strategic agenda, on the other hand, is not constrained by the current availability of resources, highlights the priority activities, seeks partners to resource implementation and is underpinned by a what he called a ‘Coalition of the Willing’ made up of the board and other agencies.

Drawing on his personal experience he shared the danger signs to watch out for with Cluster Boards. He warned to avoid any sort of ‘old boys club’ which maintain status quo, ones with second-level managers not CEOs, ones from the same industry bodies or with similar technical backgrounds, education, agenda and gender. “We need diversity with different insights coming together on these boards” explained Ifor.

Moving further into the management of cluster boards he described some as more akin to a ‘one-man band’ quoting some Australian examples that challenge the normal structure.  Within this reduced structure he describes the cluster manager as a change agent, a catalyst, one who connects people and build relationships acting as a strategic guide or a ‘critical friend’. Quoting the words of a Swedish cluster manager defining their role he said they acted as “junction box and a port for projects”. In giving advice to cluster managers he said to view projects as the cluster’s engine room adding “Go with the opportunities and the passion. If there is no passion around a project, leave it on the back burner and come back to it later.”  In changing the structure from master/slave he also proposed that projects should be done with the cluster stakeholders rather than for them and also warned that they should not be the project manager who gets lumbered with the all the tasks.

A cluster manager is not in place to maintain status quo but rather acting as a disrupting change agent with Ifor warning “Set backs are integral to working on the edge. You have no power to instruct people and results come through persuasion, not coercion, so you have to build your soft power”. In finishing up Ifor advised that in times of crisis that focus should be on what is happening at the peripheries of clusters as this is where new markets, applications innovation will develop adding “This involves creative thinking, learning by doing and avoiding paralysis by analysis. Move at the speed of business. It may be chaotic but this is healthy.  Expect failures, without them it may be a sign you are taking it too easy.”

In moving from shock to survival he encouraged people to think big, start small, move fast and build teams. “As a cluster manager you cannot do this flying solo. A key thing you have is the knowledge of whose who, who can you pull in from different teams to make things happen” he added. In a question on what should a cluster manager be doing to help companies who are trying to survive in the current crisis he responded “You should be listening to the companies, identifying the pressure points and needs while trying to spot what companies are doing. Then consider bringing teams together to explore some of the innovation and approaches they could collaboratively work on.”

Responding to queries on triple helix cluster board composition of business, academia and public bodies he responded that “You need hand-selected members at the right level who are willing to work in a culture of co-opetition and collaboration. Sometimes in the pursuit to find a common agenda you find areas that are fairly micro to the bottom line of businesses.  Rather ‘go with the willing’, identify what the interests around a particular area are, engage with it, test it and see if it works.  Maybe double up the effort or move on to another area”